The Table Quiz organised by the Parents Association, was held on Friday 21st November.  There was almost a full house at the Crossbarry Inn so it was great to see all the parents, their friends, Mrs. Tallon and some of the local community taking part.  John Wall, as usual, did a fantastic job as Quiz Master.  The questions were varied with a few trick ones thrown in!  A presentation was made to John at the end of the night to mark his 10th year as Quiz Master.  He was delighted with this, particularly with a card signed by all the children in the school!.

First place went to Sean Michael and Valerie Collins &  Derek and Martina McCarthy. Coming in second were Orla O’Mahony’s team and not far behind in Third place were Sean and Linda Lynch and Declan and Mairead O’Mahoney.  Well done to all the prizewinners and a huge thank you to them for donating their prizemoney back to the school. 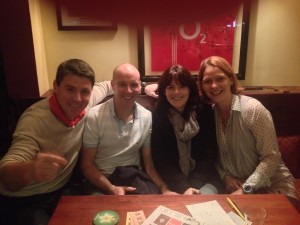 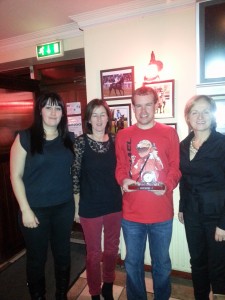