Recently the boys and girls of 3rd, 4th, 5th and 6th Class too part in a football Sciath na Scoil in Shanbally.  They played 3 matches  and won 2 of the 3 games.  There was some fantastic team work on display and they narrowly missed out in bringing the plaque home by 2 points.  The final was a local derby with Castlelack NS and it was a great game with lots of excitement as both teams were up for the challenge!  So well done to all the children involved.

Seen below is a picture of Gurrane N.S. children in the red bibs and Castlelack N.S. join them in the second one!  Good to see they were all talking after:) 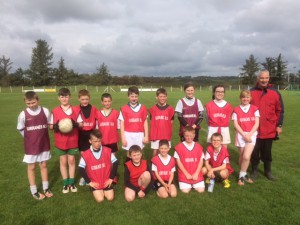 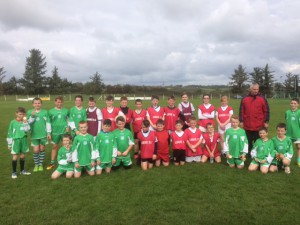