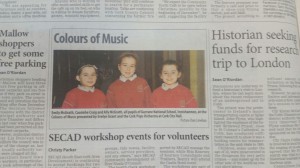 Emily, Ally and Caoimhe make it to the paper!  Here they are seen at the Cork Pops Orchestra at the Cork City Hall recently.  It’s a annual trip for the school and one which they all enjoy.

Every Friday Gareth comes out and trains us rugby. He is from New Zealand.

Garda Lynch visits us and talks to us about internet and road safety. 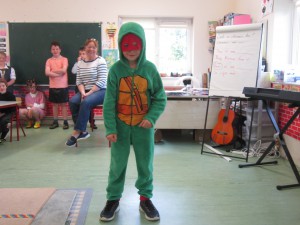 Here is a picture of Alfie the tortoise.

We had a really fun day at Roald Dahl day. We all dressed up.

Garda Lynch comes to school to tell us about the safe cross code.

He tells us to be safe around roads and remember you need the code to cross the road!!! 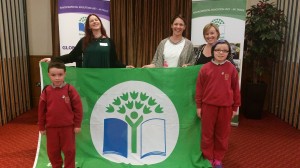 The children in Gurrane N.S. really enjoyed the fantastic music at the Cork pops orchestra. There was also brilliant singing and lots of amazing instruments to look and listen to.

It’s a few weeks into the school term and our Junior Infants have settled in well into their new environment.  Here they are with their parents on their First Day!  We would like to extend a warm welcome to them and hope they enjoy their years in Gurrane school, we are sure they will love it:) 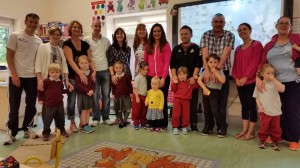 The children in the Junior Room were enjoying a story recently called “Old Bear” by June Hissey. 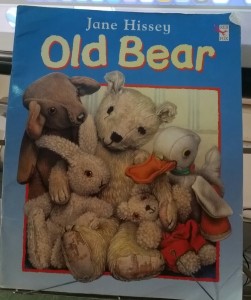 It tells the tale of how Old Bear was put into the attic for safe keeping when the children were small. but now the children are older the other toys wonder if there is some way they can rescue their old friend. 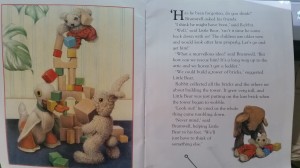 The toys hatch a plan to build a tower to the attic. They look around the bedroom and get busy with everything and anything they can get their hands on. So we did too! We had 10minutes to see which group could build the tallest tower, and it had to support our very own Little Bear. 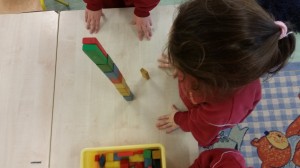 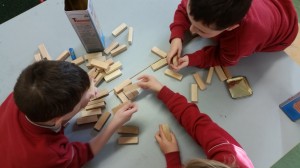 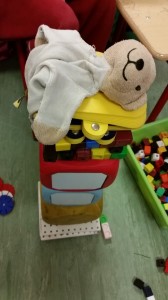 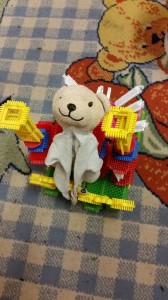 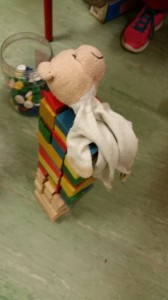 Because Little Bear is the smallest he was chosen to go up to the top of the tower. Did the toys’ plan work? Well – you’ll have to read the book!

We went out to the yard for a break and when we came back – the teddies were reading the story for themselves!!!!

We started talking about all our own Old Bears. Some of them are reeeaaalllly old – like the same age as ourselves! We brought some of our oldest and dearest friends in to school. Some had their ears chewed from years of teething. Some were missing threads from their noses and some were worn smooth from thousands of hugs. But that is exactly why we love them so much. We had a lovely afternoon talking about our old bears and sharing memories and stories of why they mean so much to us.

We were delighted to have local historian Barry O’ Mahony to visit the school recently. He came and entertained us all with wonderful Cork history. We were amazed to learn about the Kinsale Giant, Patrick Cotter. He was born in 1761 and when he was fully grown he was 2.5m tall! Come into the classroom to see more of the work we’ve done to follow up on this amazing biography.

Barry had a life-size drawing done to give us an idea of how tall Patrick Cotter would be if he walked into the class. Can you see the photo of a hand in the picture? That’s a real-life size photo of a model taken from a plaster cast of the giant’s hand. It was huge! Here’s a close-up of the hand:

Barry also told us the story of Anne Bonney, one of the real Pirates of the Caribbean. She was from Cork too! Here is the flag of Captain Jack Rackham, on whom Jack Sparrow was based. Jack Rackham’s nickname was “Calico Jack” and he and Anne had many pirate conquests in the waters around Jamaica. She was a tough woman by all accounts!